A gala evening of art auction, revelry and performance – Sexy Beast celebrates the art world’s power to effect positive change, touch peoples’ lives, and create value far beyond commercial gain.  We wanted  to highlight that artistry comes in many forms, in this case floral art by EPI. 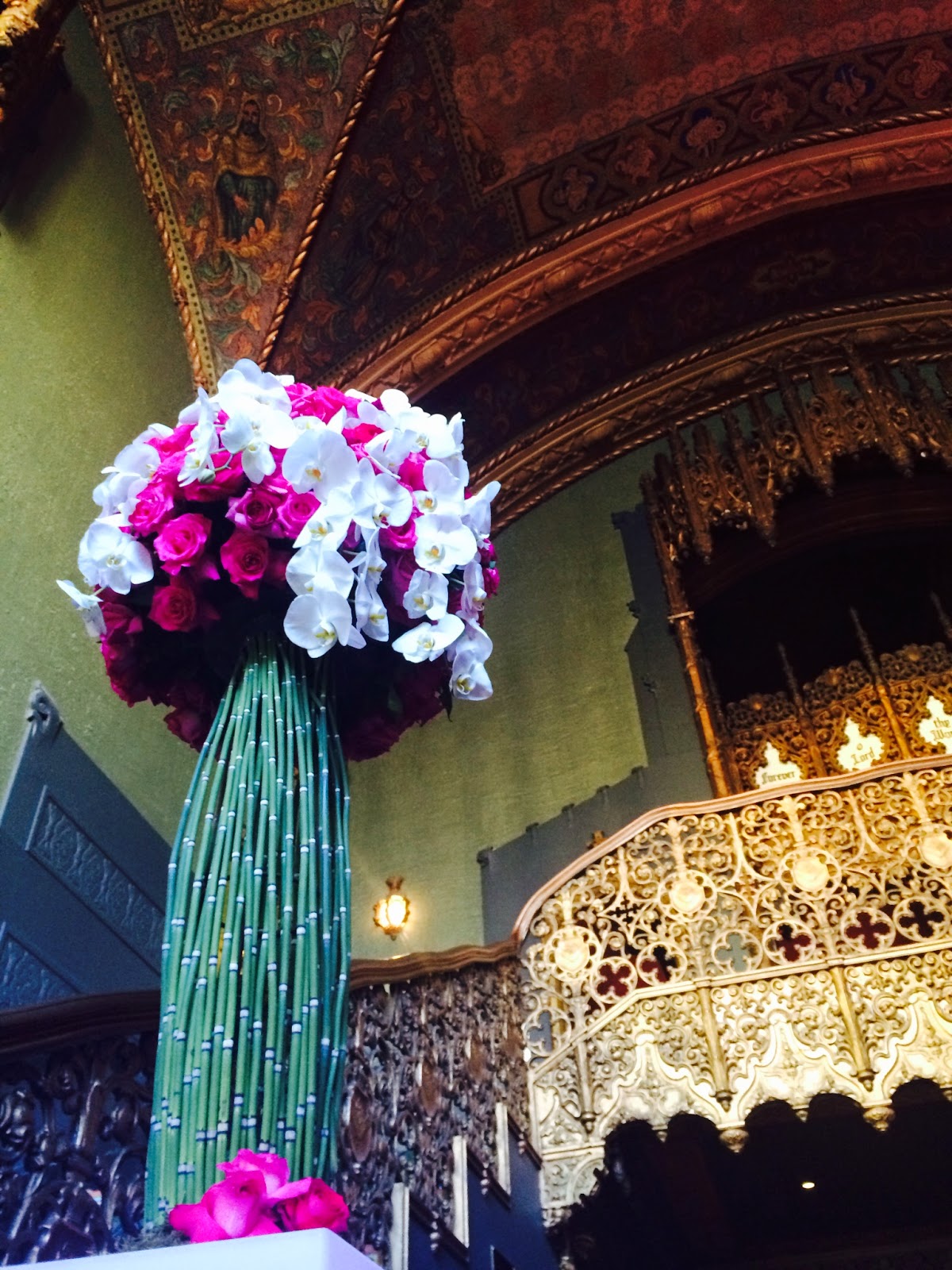 The Gala was held at the Ace Theatre in downtown Los Angeles.  The historical theatre is extremely ornate, with its’ opulent gothic revival and early Art Deco influences.  Our florals needed to enhance, not compete with the interior architecture. 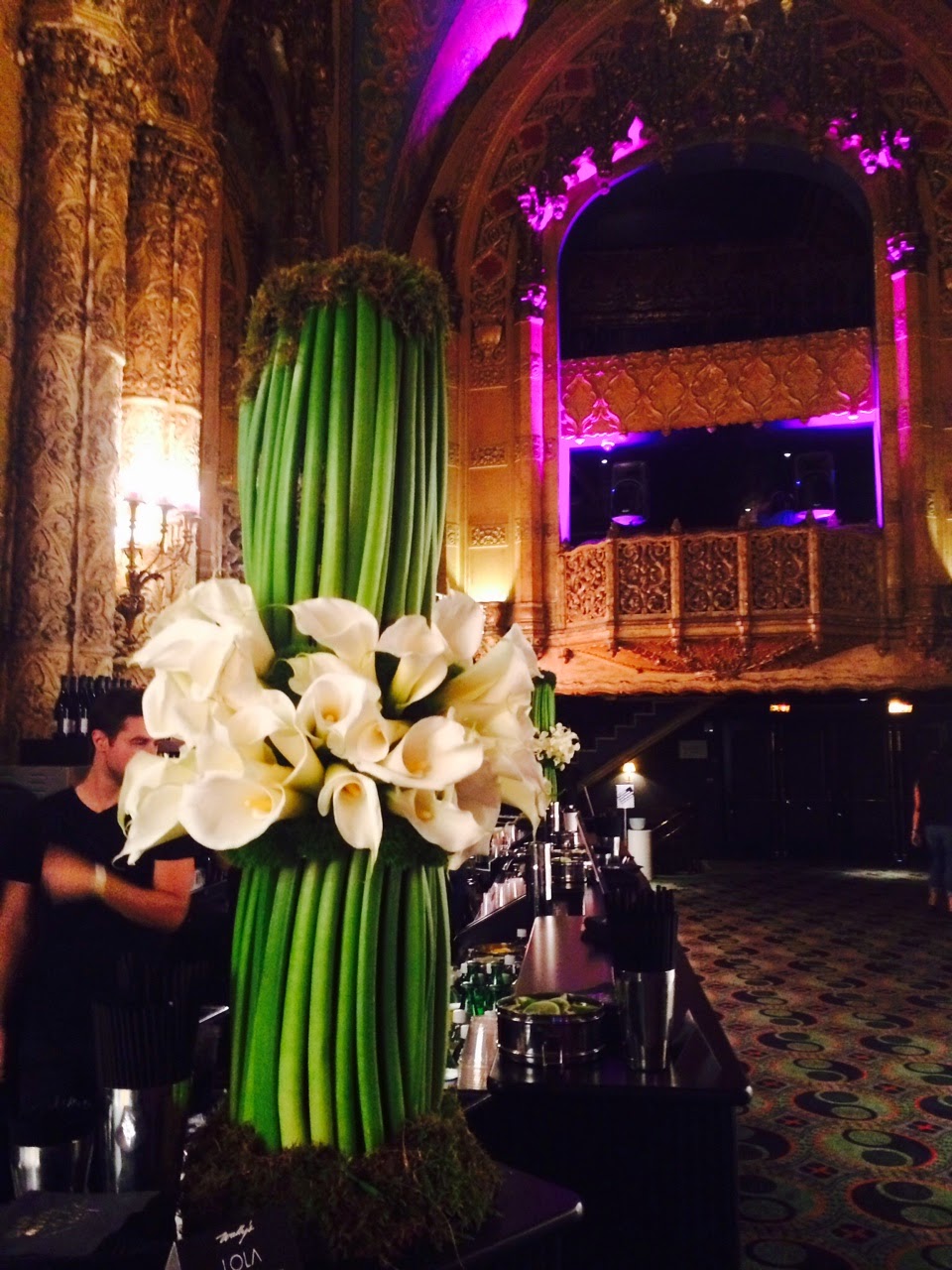 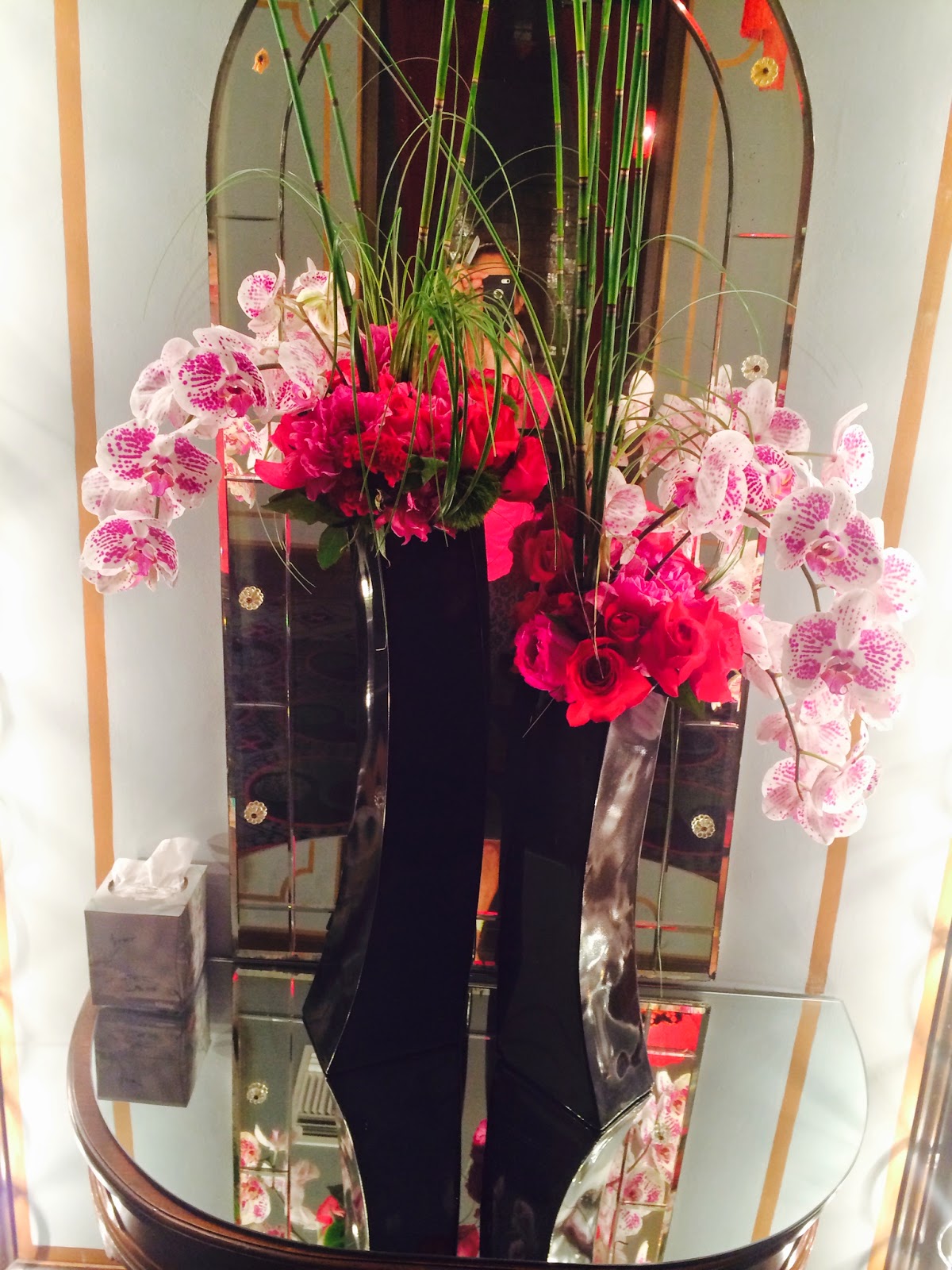 Phalaenopsis Orchids along with fuchsia roses, horse tail and tall bear grass accents brightened the deco inspired Ladies’ dressing room.  The pop of color bounced off the mirrors and created a cheery area in a somewhat dark space. 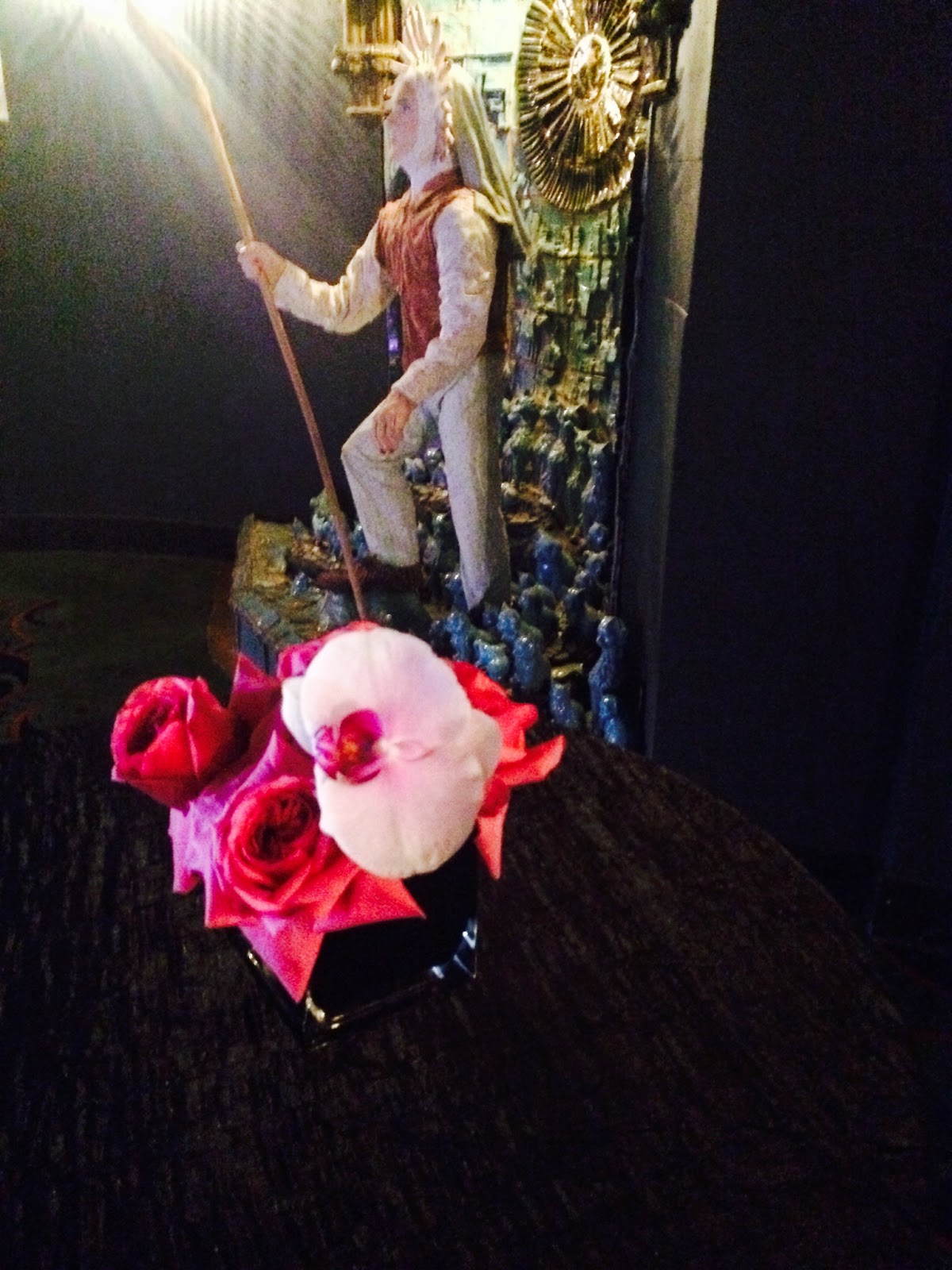 Orchids and roses set the cocktails tables and added to the eclectic, artsy atmosphere. 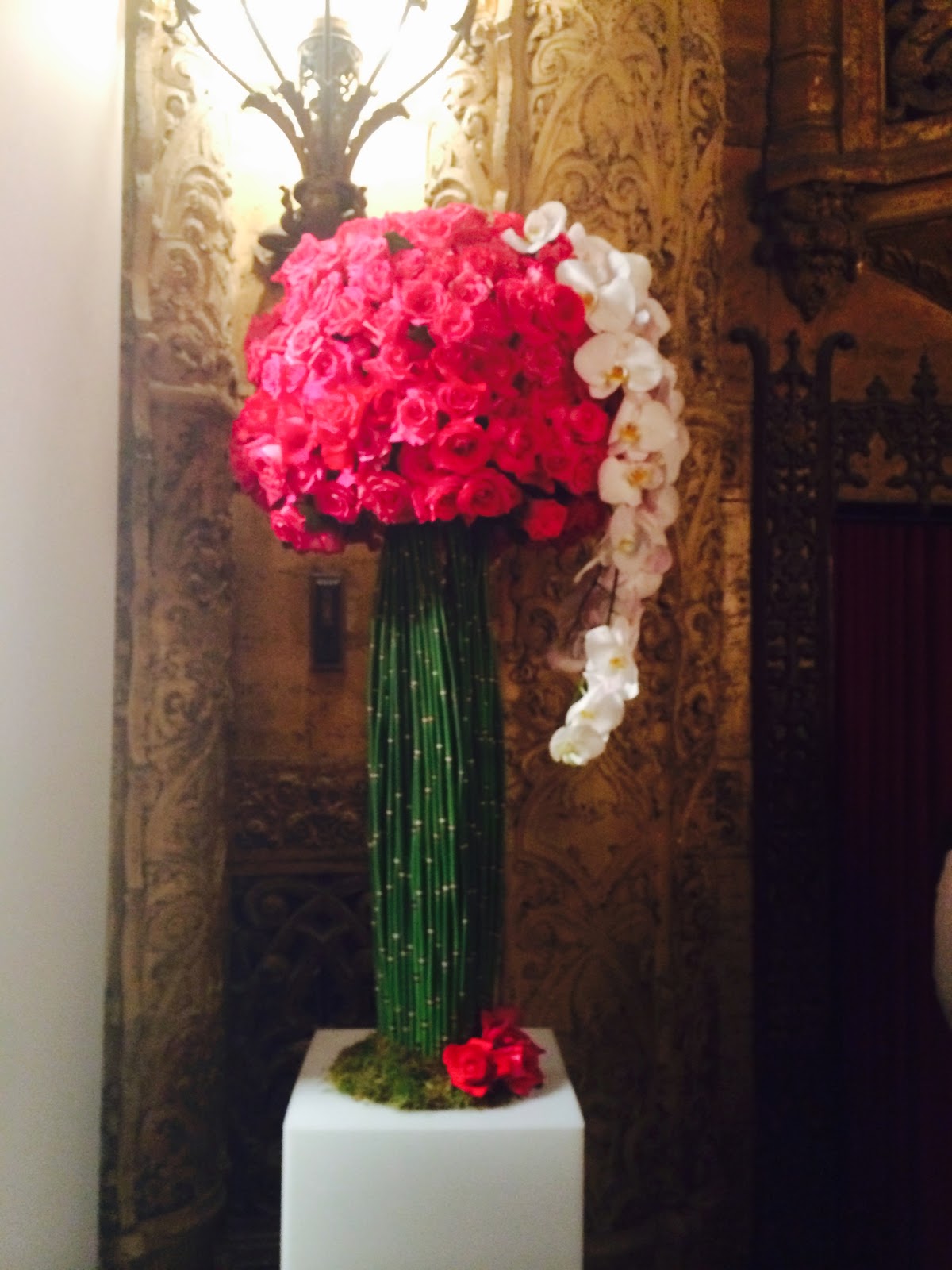 Voluptuous fuchsia rose balls featured over 300 roses and were draped with oversized bright-white Phalaenopsis orchids.  Support frames were covered in horse tail and moss to create an arrangement that was over 4 feet tall! 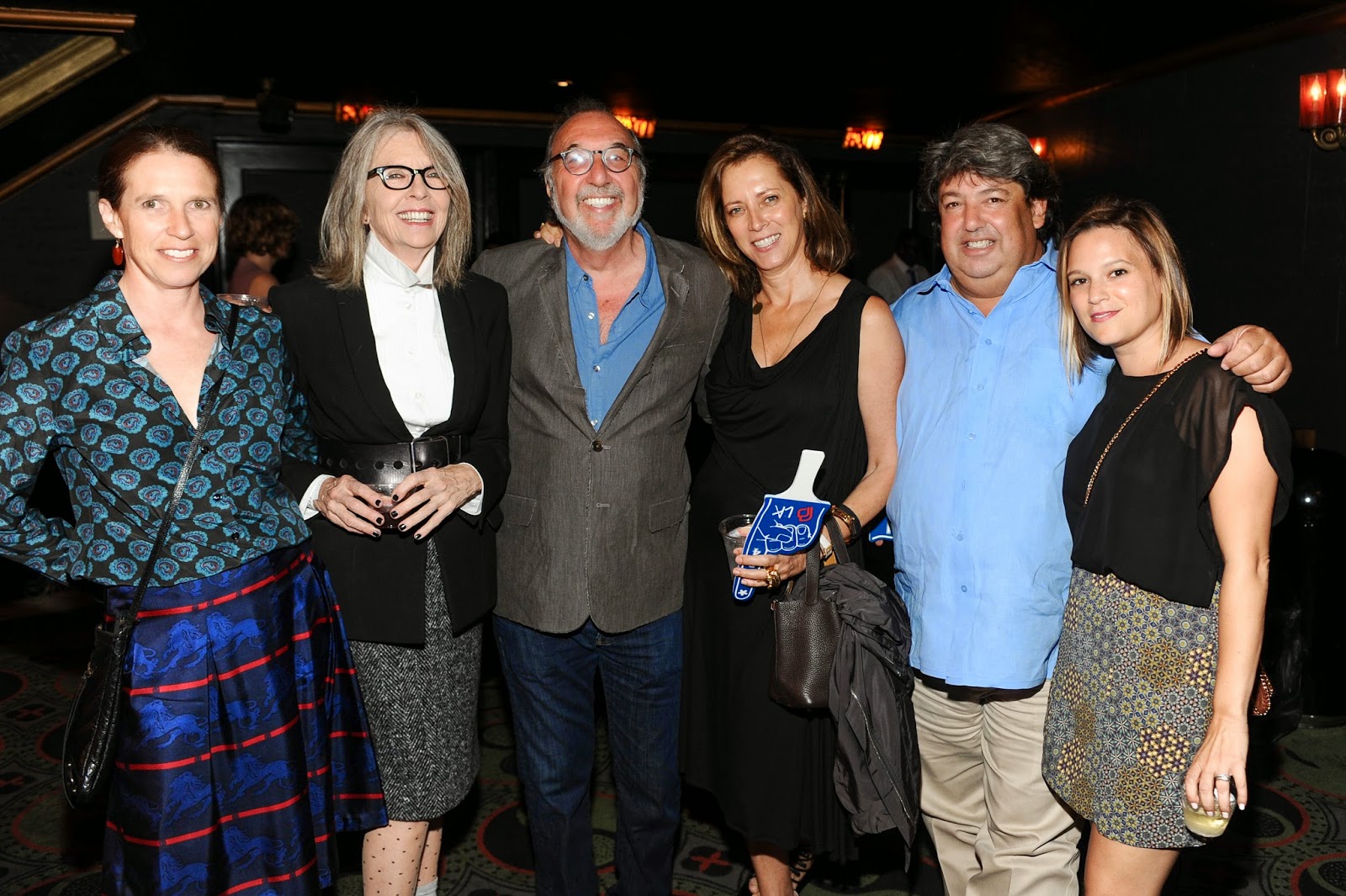 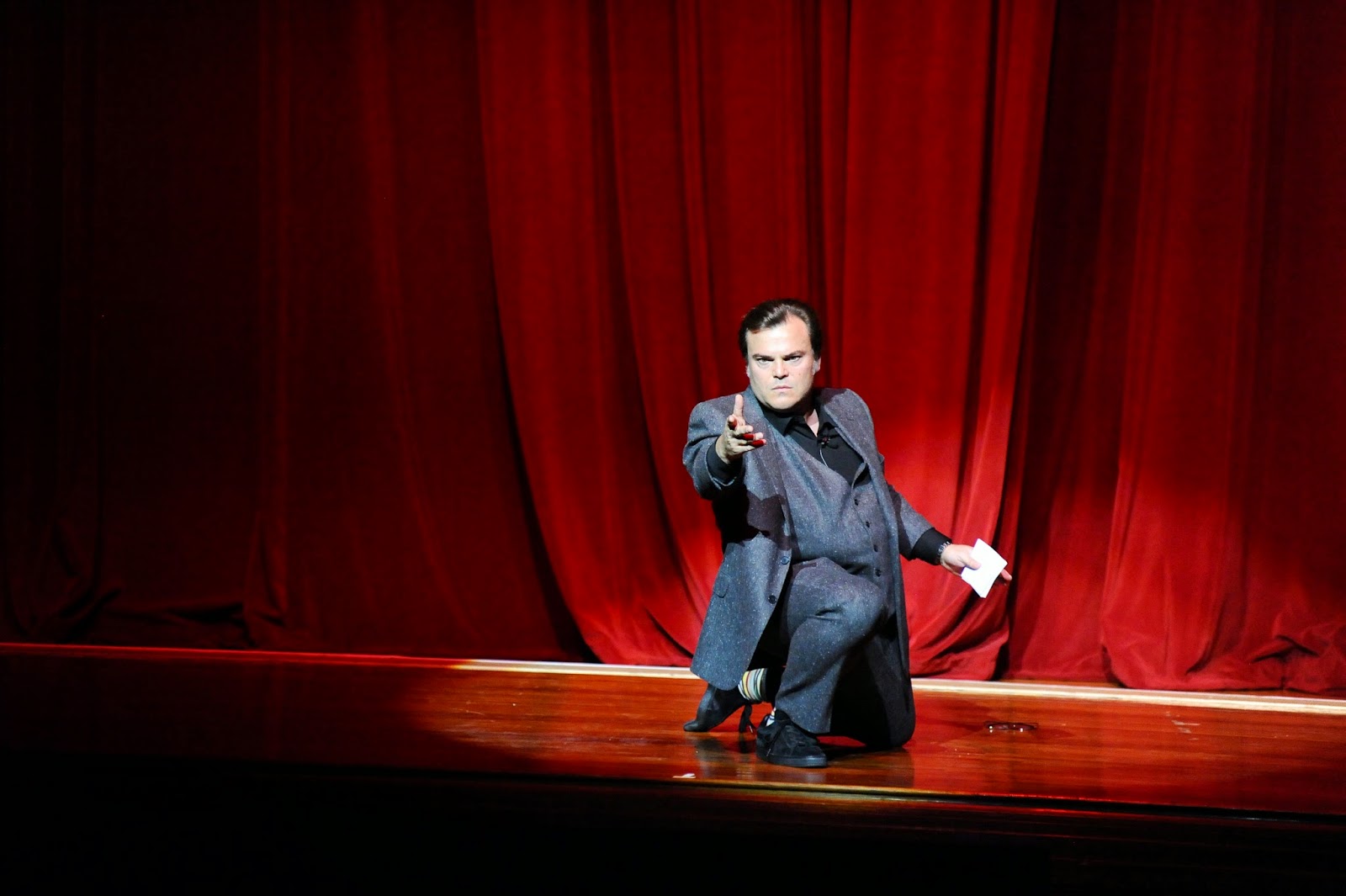 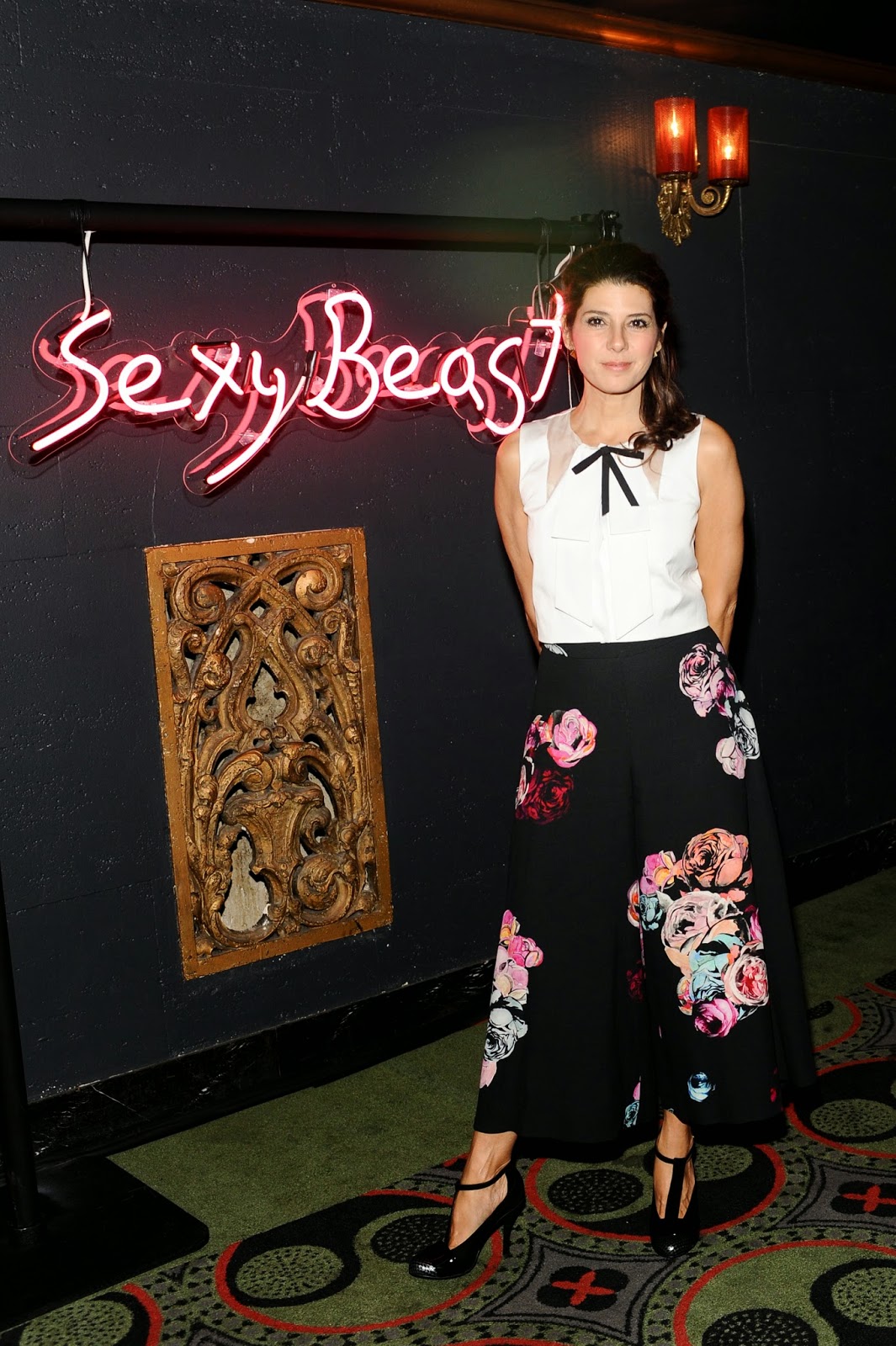 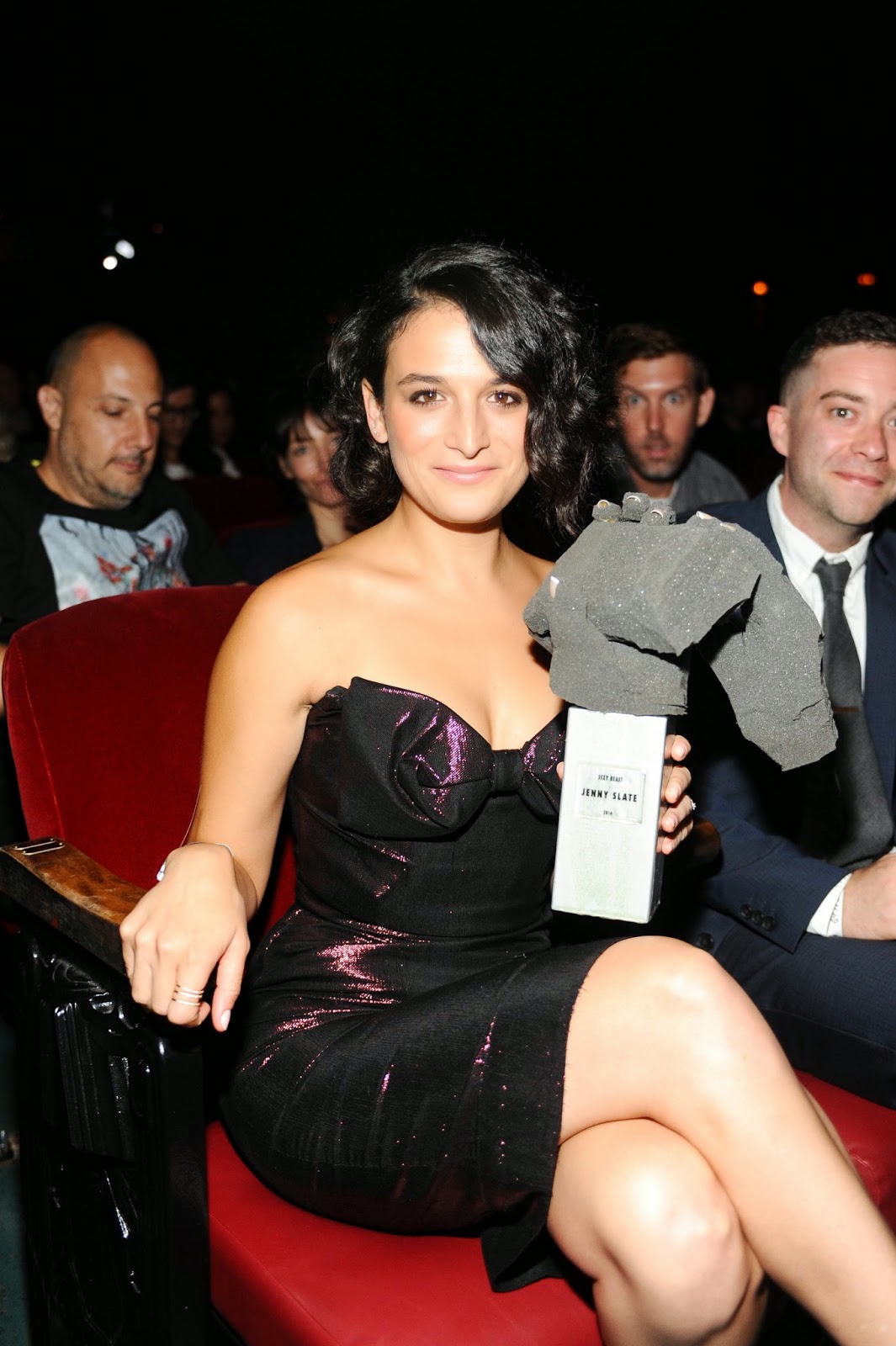 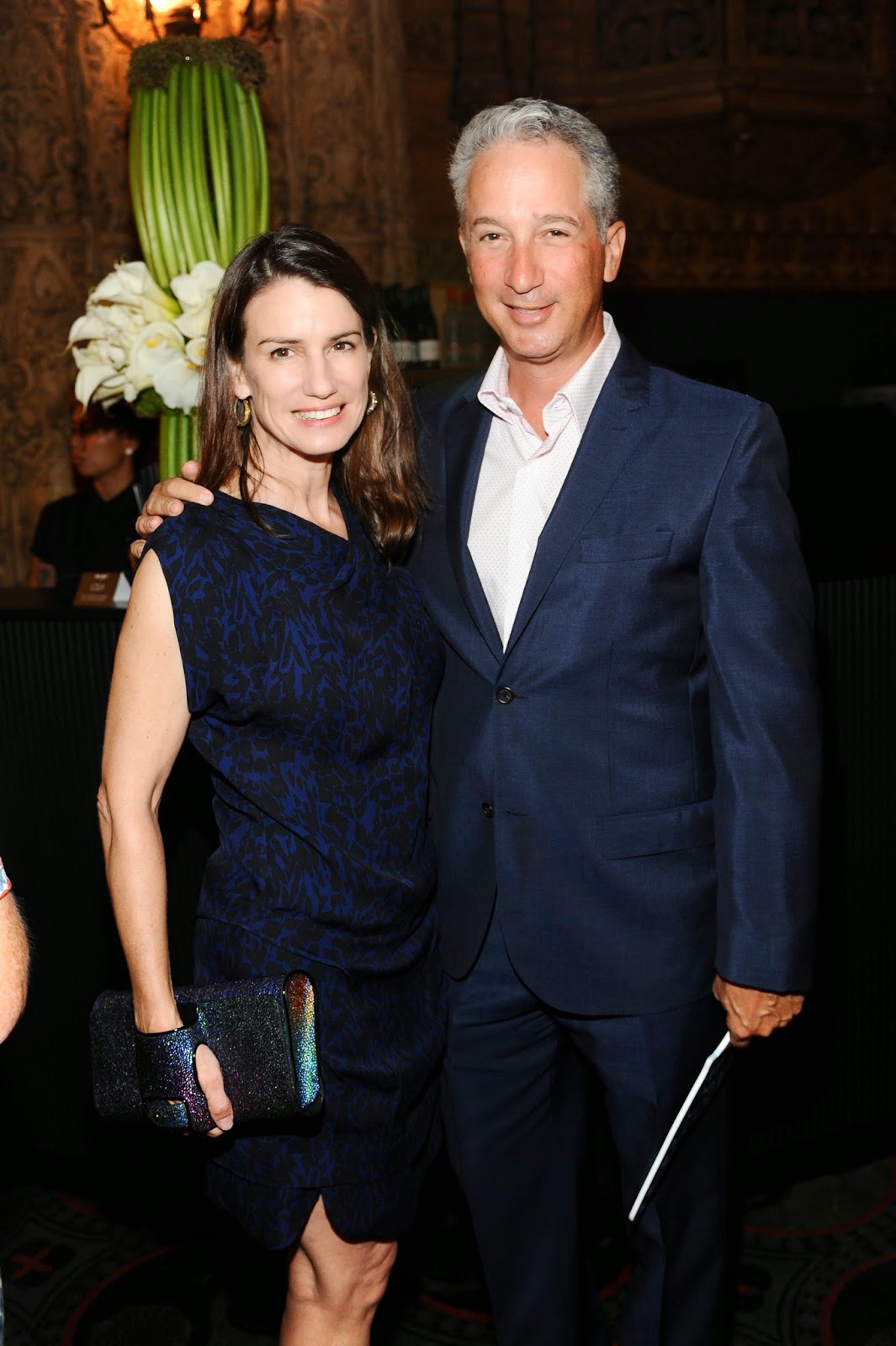 William Escalera and Susan Hancock
Photo by – Stefanie Keenan/Wireimage
We were so happy to be a part of the first annual Gala.  It was a huge success – Congratulations to all involved!