FROM THE BEACH, TO THE STREETS, TO THE OFFICE SUITES…LA in a Day!

Connect with the people that lead the fashion industry! 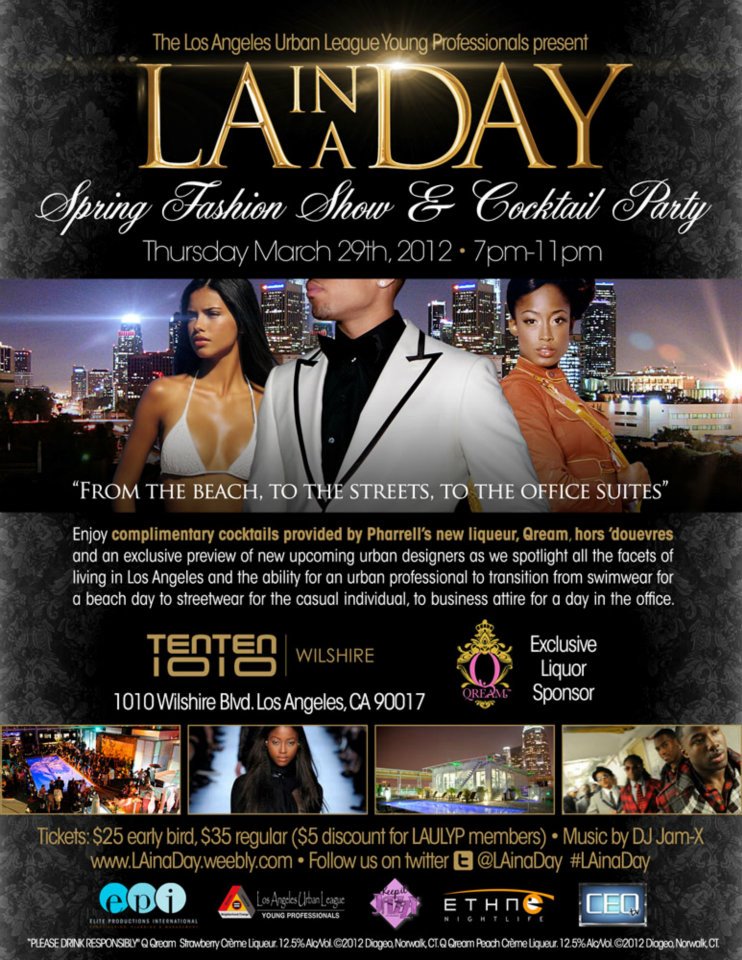 Help tell the story and promote the event
@LAInADay       #LAInADay

About The Los Angeles Urban League

The Los Angeles Urban League has been at the forefront of identifying and addressing issues that are of concern to African Americans and other minorities in Los Angeles and throughout the state of California. The mission of the League is to enable African Americans and other minorities to secure economic self-reliance, parity, power and civil rights through advocacy activities and the provision of programs and services in our uniquely diversified city and region. Beyond its talented and dedicated staff, one of the strongest assets of the League is its Board of Directors which includes business leaders, corporations and individuals who are committed stakeholders in the success of neighborhood change. The Los Angeles Urban League has been recognized for excellence by the National Urban League, including the highest national honor as Affiliate of the Year. Our auxiliaries – the Young Professionals and the Guild – have also received national recognition for exemplary service. President and CEO Blair H. Taylor was honored as one of the Top 50 Nonprofit Leaders of Power and Influence in the nation for 2009 and 2010 by The NonProfit Times.